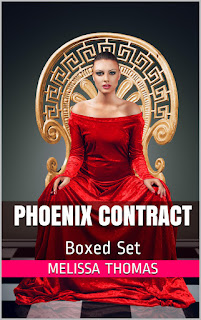 NOTE:  The five books in this series are FREE on Kindle and Nook.

Centuries after the fallen angels left heaven to live among humans, their Nephilim descendants dwell in secret, hidden from the modern world. Once, a charismatic leader known as the Phoenix led their people, but he vanished centuries ago. The few surviving Great Houses are in decline, bickering over petty rivalries while a handful of faithful warriors battle to keep the forces of evil at bay.

Eighteen-year-old Aiden McLachlan devotes her life to her studies and pursues her lifelong goal to become a full-fledged Watcher. But everything she knows of her life is a lie and everyone a liar. Through a strange twist of fate, she finds herself caught up in an ancient prophecy.

The stars predict the rebirth of the Nephilim leader, but the mystery must be unraveled or the Phoenix cannot rise. With a soul-eating demon, a coven of ancient vampires, and a hardheaded Celtic warrior competing to subvert the Phoenix, Aiden doesn't know where to turn or who she can trust.

He’d always had the worst of luck, and the day he died was no different.

Thrash stared into the chasm of space between the building roof and city streets, contemplating the eighty-story drop. It was a long way down. The city’s lights glimmered against darkness, millions of fluorescent stars. Surrender did not come easily to him, and it tasted bitter in his mouth. He’d spent his life training to fight, but what could he do against an enemy that could shape shift at will?

Six-foot-six and muscular in the manner of body builders, Thorton David Aston III or Thrash to his friends, was an albino. He was born without skin or hair pigment, his skin perfectly pale, his hair white. He rivaled the city lightscape for its clean brightness. He disliked the attention his condition attracted, so he’d cropped his hair short and dyed it metallic blue.

Thrash’s athletic body thrummed with tension. Perspiration beaded on his pale forehead and made his palms clammy.

The Soul Eater was coming for him.

Melissa Thomas breathes life into her dreams, bringing imaginary characters and fantasy worlds into our reality. She loves her characters so much they become her alter-egos, enacting the exciting adventures she envisions for them. She is a resident of San Francisco, California and adores the picturesque city by the bay. Her hobbies include surfing and scuba diving.

Phoenix Contract is her debut novel.

BUY Links – The books will be free on Amazon the day of the blast.

Melissa will be awarding a $20 gift certificate to a randomly drawn reader. Use the rafflecopter link below to enter.

Thank you so much for allowing me to share my story with your readers. :)