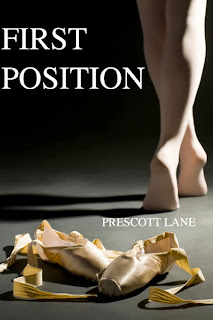 Emory faces life’s challenges at the one place that’s never failed her, the ballet barre.  But even the barre can’t steady her when fate brings her face-to-face with her old college flame, Mason, who’s hoping to return to the NFL after a career-threatening injury.  Before they can surrender to their sexual desires and find salvation in each other’s arms, they need to come to terms with their past.  Mason must confront the demons that have set him on a path of self-destruction, while Emory must decide whether to keep her painful secrets locked away, or expose them and risk losing the love of her life.  But nothing can prepare Mason for what Emory has kept hidden, or the possibility that he himself may be to blame for the very secrets she keeps – and why they continue to haunt her.
Excerpt:
Posted by Elaine Cantrell at 11:00 PM

Thanks for hosting. It looks great