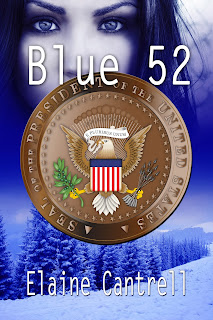 "Oh, I know. I've already read it. Want me to share one of my favorite parts?"

"Okay, here goes. I liked this part because I think it's funny. Stanton is the bad guy."


Senator Lovinggood saw Stanton and hastened to Hank’s side. So did Elaine, Joan, and Kathryn.

"Senator, ladies," Stanton said with a nod of his head. "Please accept my condolences."

The senator went red in the face. Before he could say anything, Hank chuckled. "Josh, Josh, Josh," he chided, his playful tone at great odds with his wolfish demeanor. "You should have left well enough alone and not destroyed the evidence Rudy found. Without evidence, I can’t bring you to trial, so I guess I’ll have to kill you."

"I believe you just threatened my life." Stanton turned to the burly man behind him. "Did you hear that, Jack? A man comes to pay his respects to the dead, and his life is threatened."


"You Lovinggoods must have a death wish," Stanton snarled.

Hank shook his head. "No, we’ve just been stupid. We were playing by the rules. We should have realized with an animal like you, the rules don’t apply." The smile left his face. "I’ve finally learned my lesson."
Stanton’s eyes turned dark with loathing. "There are still some Lovinggoods left. If I were you  I wouldn't go around making threats."

Joan laughed in his face. "Do you really think any one of us would hesitate to die if it meant the end of you? I think I have more right to kill you than Hank does. You robbed me of a husband and two children. Hank only lost his parents."

"No, let me do it," Senator Lovinggood argued. "Richard was my son."

Elaine put up her hand to silence them. "Nonsense. My heart could go at any minute. I’m the logical choice. At least I could die satisfied."

Kathryn slid a supporting arm around Elaine. "He took my brother. I lost my parents, and without Chris I’m all alone in the world. I’d be glad to do it."

Hank smiled at all of them and clapped his grandfather on the shoulder. "I appreciate the offers, but I still want to be the one."

"We all have a right to kill him," the senator answered. "We could draw straws, and the short straw wins."

Posted by Elaine Cantrell at 11:27 PM