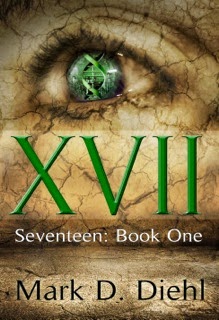 Readers, please help me welcome author Mark Diehl. Mark, we're so glad to have you.

Back in the ‘90s, Mike Judge did a cartoon on MTV called “Daria,” that went for five seasons. My daughter and I watched every episode together, and I recommend the experience to anyone with a girl in middle school. Daria is a teenager attending a typical American high school. She’s smart and witty, but high school forces her into an artificial hierarchy where sports, fashion, and other conformist pursuits determine one’s position. Episode by episode, she’s confronted by pressures that reduce her peers to caricatures but she survives (though does not necessarily thrive – it is high school, after all), wrapped in a protective bubble of dry sarcasm.

Mike Judge was also the guy who did “Beavis and Butthead,” which I think is one of the most underappreciated shows ever. On the surface, it’s about two high school freshmen whose incredible stupidity gets them into trouble, but there’s another, more substantial story beneath. Beavis and Butthead don’t seem to have any responsible adults around them at all. They’ve spent their entire lives in front of a television, and we shouldn’t be surprised that shallow consumerism has become their only value. Their adventures amount to little more than searching for whatever’s “cool” while avoiding all that “sucks,” and always leave them as empty as they were when they started, albeit usually somewhat more physically damaged. It does feel rather satisfying to watch them meet hilarious ends they’ve brought upon themselves, but there’s a measure of sadness, a sense of waste to the show that tends to stick with you.

The last two major concerts I’ve attended were both by Roger Waters of Pink Floyd. I saw “Dark Side of the Moon” in Chicago and “The Wall” in Boston. I can appreciate all kinds of music but my favorite type by far is anything dark and hypnotic that stands for something or makes a point. I can take one or the other. Bob Dylan makes a point and I love his work, but he’s about as hypnotic as a kazoo. Enigma makes trippy sounds but doesn’t say much. I’m hooked on lyrics, baby. Artfully tell me something real.

How would you spend ten thousand bucks?

Assuming I was barred from doing something boring and responsible, I’d buy a motorcycle to replace the one I left behind in South Korea. I taught myself to ride there, and at the time, that country led the world in traffic accident fatalities. In Korea, as in much of Asia, mass times velocity equals right of way, and nobody bluffs. I had no safety course, took no test, and had no idea what I was doing, but I bought a bike for a big brick of cash and followed all the other motorcyclists, weaving between cars, passing on sidewalks, and flirting with death moment by moment.

Here in the States, I’d love a bike big enough to take on the highway, maybe for a book tour. This time around, I’ll take the safety course.


Most of the world's seventeen billion people are unconscious, perpetually serving their employers as part of massive brain trusts. The ecosystem has collapsed, and corporations control all of the world's resources and governments. A bedraggled alcoholic known as the Prophet predicts nineteen year-old waitress Eadie will lead a revolution, but how can she prevail when hunted by a giant corporation and the Federal Angels it directs?
EXCERPT:
Posted by Elaine Cantrell at 12:00 AM

Thanks for featuring "Seventeen" on Hope. Dreams. Live ... Love today!

Thanks for the chance to win!
Seventeen sounds like a great read!!
natasha_donohoo_8 at hotmail dot com

I enjoyed your description of Korea. Traffic in China was very much the same--chaos!
catherinelee100 at gmail dot com