Yikes! My Blog Has Been Taken Over By My Characters 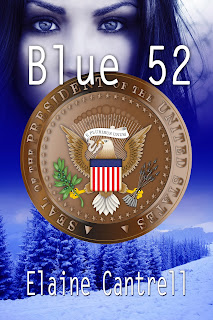 Welcome to the Christmas season. My name is Elizabeth Lane Lovinggood, and my companions are Nikki Lane Price and Prince Alan. Everyone knows how busy it can get at Christmas, so every December Elaine's characters take over her blog so she can take a little break. Nikki and I come almost every year, but this is Prince Alan's first time as a December host. Prince Alan's entire kingdom is mesmerized by Elaine's story The Enchanted, so when he asked to help, I couldn't say no.

Wednesday, December 4  is a big day at Elaine's blog. Blue 52, her long-awaited sequel to Return Engagement, released on Sunday, so on Wednesday, we're having a release party. Elaine is giving away some prizes so don't forget to come back Wednesday for the party.  Here's a blurb for the book:


Thirty years later Hank Lovinggood embarks on a quest to prove his mother's innocence and punish the killers who took his family from him.  Together Hank and lovely physicist Kathryn Sinclair confront an implacable, twisted, merciless enemy who'll do whatever it takes to hide the truth forever. ﻿

If you'd like to read a part of the scene where Hank and Kathryn first met, scroll on down to yesterday's post.  See you on Wednesday! Don't forget to spread the word.

Posted by Elaine Cantrell at 9:39 AM