Saturday Sample: The Best Selling Toy Of The Season 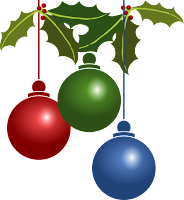 "Hey, Elizabeth. I heard that Elaine is participating in a blog hop along with a bunch of other authors."

"That's true, Nikki. You can go to http://elainepcantrell.blogspot.com/2013/12/mfrws-home-for-holidays-blog-hop-rob.html for more information."

"Is she having Saturday Sample today?"

"You mean are we having Saturday Sample. We're in charge of this blog until the end of December."

"Readers, we might as well. Elaine did do a nice job telling Nikki's story."

"Tell the part where I first met Tommy." 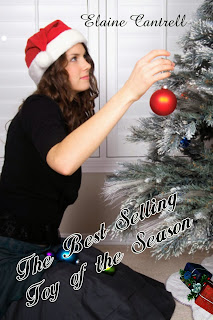 Finally, his turn came. He thankfully paid for his gag gift and


joined the throngs of people either going out or coming in. He saw


Bill English and lifted his hand to wave goodbye, but he didn’t see the


woman in front of him until he plowed into her. Both he and the


floor. Something in her bag broke with a loud crash when Tommy’s


knee smashed into it.


All the Super Mart employees in the vicinity came running,


including Bill English. “Are you guys okay?”


“I’m fine,” Tommy assured him as visions of lawsuits danced in


To his horror, the young woman burst into tears. “You’ve ruined


everything! Teddy and Michael are going to be so disappointed, and I


Tommy to see. “These robots are all that my boys asked for this year.


I put them on layaway back in September, and I finished paying for


them today. They’re the best selling toy of the season. You can’t find


them anywhere, and now you’ve broken mine.”


She shot Tommy a look of bitter enmity. Wiping the tears from


her cheeks, she scrambled to her feet and stalked out of the store.


“Be ashamed,” lectured one of the customers. “You ruined her


“Yeah,” a man in the crowd contributed. “You could at least have


offered to pay for it.”


The Super Mart employees nodded their agreement. “Look at the


way he’s dressed. He’s got money to burn. He won’t even pay for

Nikki’s loss, and it was all his fault.”

You can buy The Best Selling Toy Of The Season at Amazon, B&N, and most online retail outlets.
Posted by Elaine Cantrell at 12:00 AM