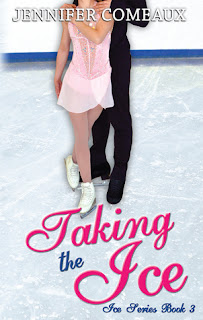 Synopsis
Olympic rings and an engagement ring.
Courtney Carlton is ready for both.
She and her boyfriend Josh have skated together and dated for four years, and they’ve reached a critical point in their partnership both on and off the ice. With the Winter Games coming up and their career nearing an end, they are fighting to win a spot on the Olympic team, something Courtney has dreamed of since she was ten years old. She also has another wish she hopes comes true soon. She’s waiting for a marriage proposal from Josh that she expected to happen by now. Will she realize either dream or will her heart be broken from disappointment? 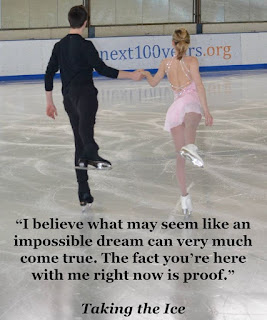 This is the third installment of Ms. Comeaux's Taking the Ice trilogy. You could read just this book if you like, but I'd suggest you start at the beginning with the first book.

I'd describe this book as a sports romance. The sport is figure skating, and the romance is between two skaters, Courtney and Josh. They're fighting for a spot on the Olympic team which has been Courtney's dream for a long time. She's also in hopes that Josh will give her an engagement ring.

In the first two books, Josh and Courtney are younger, but in this book they're older and have more freedom to do what they want. This gives Taking the Ice a little more depth.

If you love figure skating and romance, you'll really enjoy the book. 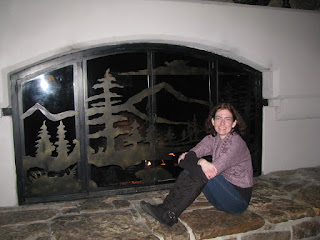 Jennifer Comeaux is a tax accountant by day, writer by night. There aren’t any ice rinks near her home in south Louisiana, but she’s a die-hard figure skating fan and loves to write stories of romance set in the world of competitive skating. One of her favorite pastimes is traveling to competitions, where she can experience all the glitz and drama that inspire her writing.

http://jennifercomeaux.blogspot.com/ | facebook.com/jennifercomeauxauthor | twitter.com/LadyWave4
The author is giving away a $20 Amazon gift certificate. Use the link below to enter. 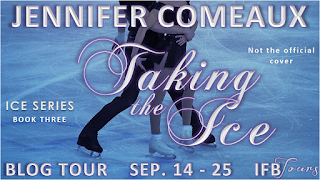 Thanks so much for being part of the tour, Elaine!!

I like the synopsis. I'm a huge skating fan