Beyond the Book: Return Engagement 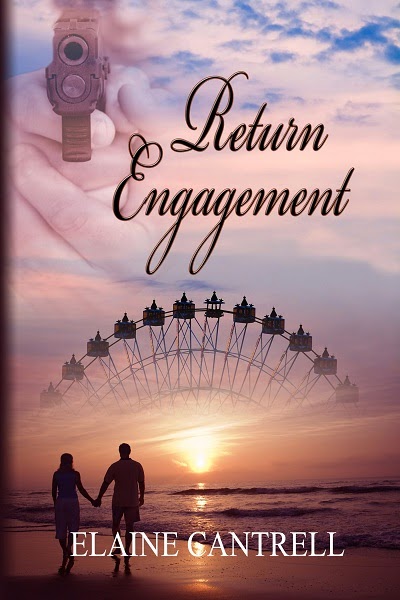 Let me tell you about a former student of mine.  Let’s call her Jane.  (Hey, in the first grade I read all about Dick, Jane, and Sally so it’s a logical choice.)  Anyway, Jane was a pretty good student who always did her work and was such a good athlete that several colleges in the area had spoken to her about playing basketball for them.  Her future looked pretty good, but then she started hanging around with the wrong crowd and got pregnant at seventeen.  When she told her parents about the baby, they threw her out of the house.  Her sister took her in, and she lived there until after she had the baby.  She also continued going to school.  She only missed a week when her son was born.

Since she had to work part time to pay room and board to her sister, her basketball career was over.  She graduated as valedictorian of her class and went to work at local grocery store.  Then, her sister’s husband got tired of hearing a baby cry all the time, and the sister told Jane she’d have to find some other place to live.  One of her friends agreed to take her in provided she’d pay room and board so that’s what they did.

By now you probably think poor Jane would never get out of that grocery store, but you don’t know Jane.  She went to a local tech school where she got just about everything free because of her income and having a child.  She worked like a dog, and it took her longer than it took most people, but she eventually graduated from the tech school with a degree in automotive technology.  (She had originally wanted to be a teacher, but to do that she’d have had to go to school for two more years, and she needed money now.)

Jane sent a resume to a local car factory and got a job there.  Today, she’s making more money than some teachers who’ve been working for twenty years.  I know this because she was a guest speaker at her alma mater the school where I work.  She’s married to a man she met at the tech school, and they have a little girl.

Why did Jane succeed where so many have failed?  It has to be her character which gave her a strong work ethic and the desire to succeed.

My heroine in Return Engagement Elizabeth Lane has just such a character.  Elizabeth’s life was anything but wonderful, yet in spite of it all she ends up one of the most famous women in the country. And she just happens to marry a senator’s son who has his eye on the White House. Here’s an excerpt from Return Engagement that that tells you about Elizabeth’s past.  In this excerpt she and Richard have met on the beach after a ten year separation brought about by Richard’s father who doesn’t think Elizabeth is good enough for his son.

Her stomach churned when she thought of the enormous
complication presented by the fact that she already had a
fiancé. I love Alex in so many ways, but I can’t think about him
right now. This time reason and caution will have to take a back seat
to emotion. Gah! That feels so weird. I’ve spent my entire life being
careful; I had to.

She didn’t come from money the way Richard did. Mentally,
she pictured the small, two bedroom home where she
had grown up. The house had originally been white, but they
hadn’t painted it even once during the nineteen years Elizabeth
had lived there. By the time she and her mother came to
Hollywood, most of the peeling paint had finally flaked off,
leaving the weathered, gray boards exposed to the elements.

The inside matched the exterior: old, faded, and dirty
looking no matter how much she and her mother tried to
clean it. It had mice too. They never had any food to waste,
so they constantly fought the little pests. She vividly remembered
the day she found a mouse in the sack of dried beans
her mother planned to cook for dinner. Sadly, her mother
had thrown the bag away. For the next two nights they’d had
nothing but sliced loaf bread smeared with margarine for dinner.

Of course, she had truly felt grateful for the bread, but it
hadn’t filled her up. The corners of her mouth turned down.
To this day mice revolted her.

She stumbled in the dark and tripped over a chunk of
driftwood. When Richard reached out to steady her, the
moon glinted on the face of his watch. It looked, and
undoubtedly was, expensive; it looked like the kind of watch
she had seen on the arm of Brandon Whitaker, her first high school
crush.

Brandon’s family had more money than anyone in Fairfield.
He looked fabulous, dressed divinely, and drove a wonderful
little blue sports car. They had algebra together in Mrs.
Wheeler’s fourth period class. In the spring of her sophomore
year he had invited her to go to the prom with him.

Thrilled, she had gone to the Goodwill store and found a
prom dress. Her mother could ill afford to spend twenty five
dollars on an outfit Elizabeth could only wear once, but she
worked an extra day at her second job to raise the money.

As it turned out, she never wore that dress. Brandon’s
father found out he had asked her to the prom and refused to
allow it. Brandon had taken Sherry Fisher to the dance instead,
and Elizabeth had sold her dress to her cousin Jennifer
who wore it to a policeman’s ball. Tears of anger even now
threatened to fall.

Yes, I’ve had to be careful. I never want to go back to that horrible,
little house. I have a great life, thank you very much, so why
have I let Richard turn my world upside down?

Alex never affects me this way. He comes from a nice middle
class family. When we spend time together I never lose every bit of
common sense I possess. Alex makes me feel safe and comfortable, but
Richard doesn’t. He makes me feel unsettled and out of sync. She
sighed. I can’t decide if I like the difference or not. I care for Alex on
many different levels, but Richard…

Return Engagement is available at Whiskey Creek Press and at most online retail outlets.
Posted by Elaine Cantrell at 5:00 AM

I've read this book and thoroughly enjoyed it.

Glad you liked it!