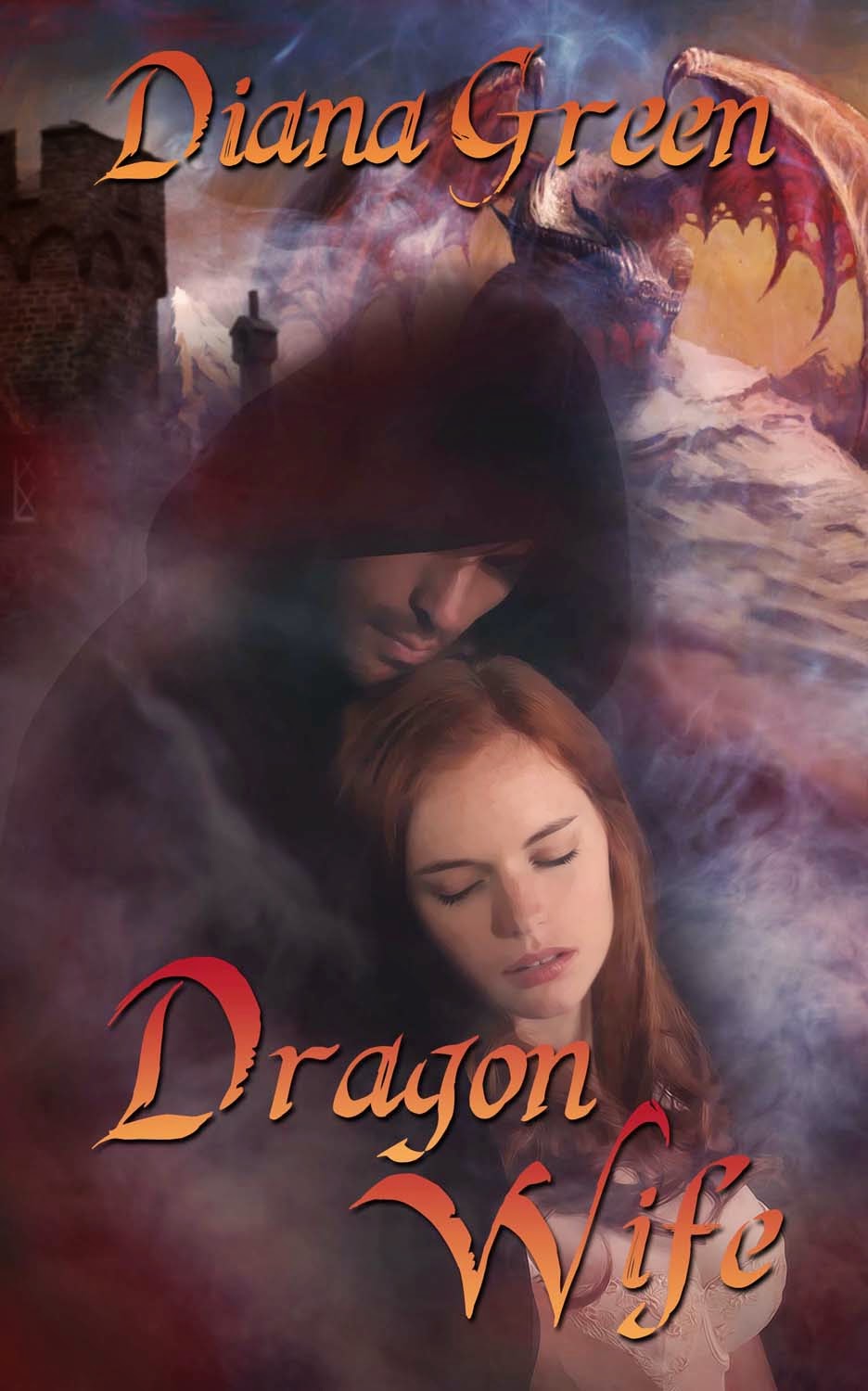 The clan is waking. After centuries of spellbound sleep, dragon-shifters are returning to the mountains. They are few in number, and the outside world has become overrun with humans.

Huroth, the dragon chieftain, recognizes a need for his kind to adapt, by forming alliances and mate-bonds with humans, but his clan is divided. From the first time she meets him, Lady Orwenna is drawn to the magnificent chieftain. The mind link he forms with her is both fascinating and frightening, as is the powerful attraction she feels for him. If only she knew what was in his heart.

Does he want her for the woman she is, or for her magical abilities? When war breaks out between kingdoms and ancient enemies of the dragons resurface, the clan will be tested. In the midst of uncertainty, can Huroth and Orwenna find their way together?

The gathering grew quiet as sounds of boot heels on stone echoed from the entryway. A man strode in alone, though to call him a man seemed less than sufficient. There was such raw power about him, such majesty in his bearing. No one could mistake his identity. This was the black dragon, shifted to man-like form, just as legend described. Orwenna felt the hairs stand up on the back of her neck.
“I am Huroth, son of Huren,” he announced, his voice rich and deep. He faced the king, down the long silent hall. “I am chieftain of the dragons who dwell in the Drake’s Teeth Mountains. We offer an alliance to the kingdom of Rhelaun. How do you answer?”
“You are most welcome, honored guest.” The King bowed as he spoke then beckoned the chieftain. “Please, come and talk with me, so we can decide how this alliance should be arranged.”
As Huroth advanced towards the throne, he made an impressive picture. He was tall and broad shouldered, wearing dark leather armor and a heavy fur-lined cloak. His hair tumbled in a thick black mane, his eyes the pale blue of glacier ice. They swept over the courtiers, coolly assessing.
When those eyes came to rest on Orwenna, she felt time slow. Everyone else, all her surroundings, faded to nothing.
And who might you be?
She heard the words in her head, as surely as if he’d spoken aloud. Without consciously choosing, she responded in kind.
Orwenna.
His eyes widened in surprise, and he paused mid-step. Apparently, he had not expected her to hear his musing nor be able to answer.
There is an aura of magic about you. He sent the thought, his gaze on her as sharp as a hawk’s.
That’s from my mother. She didn’t know how she spoke directly into his mind. It made her a little dizzy, like too much wine.
Who is your mother?
Sister to the king and the mage, Vardis.
I see.

He considered a moment, before nodding respectfully to her and continuing down the hall. Those nearby gave Orwenna odd looks, and she realized how strange her encounter with Huroth must have seemed. To everyone else, they would have appeared to be simply standing, watching one another without speaking.

How long had it been…one minute…five? She couldn’t guess. All she knew was that it changed her. Reality had shifted and would never be quite the same again. Dragons lived, breathed, and walked upon the land like lords of men. She had spoken mind to mind with one, his fierce eyes locked on hers. It was not an experience she would soon forget.

If you enjoy a good fantasy with compelling characters and a touch of magic you'll like this one. Huroth is a dragon shifter who forms an alliance with humans in order to repopulate his clan. Orwena is the niece of a king, but her father has arranged a marriage for her with a man she doesn't care for. When she has the chance to run away and meet the dragons again, she takes it and begins the adventure that will change her life forever.

I liked both of the main characters, and I thought the supporting cast added depth to the story. The author has tremendous powers of description. I felt as if I too had gone on the adventure with Orwena. The plot is good and hangs nicely together. I wouldn't hesitate to recommend this to you . 5 out of 5 stars. 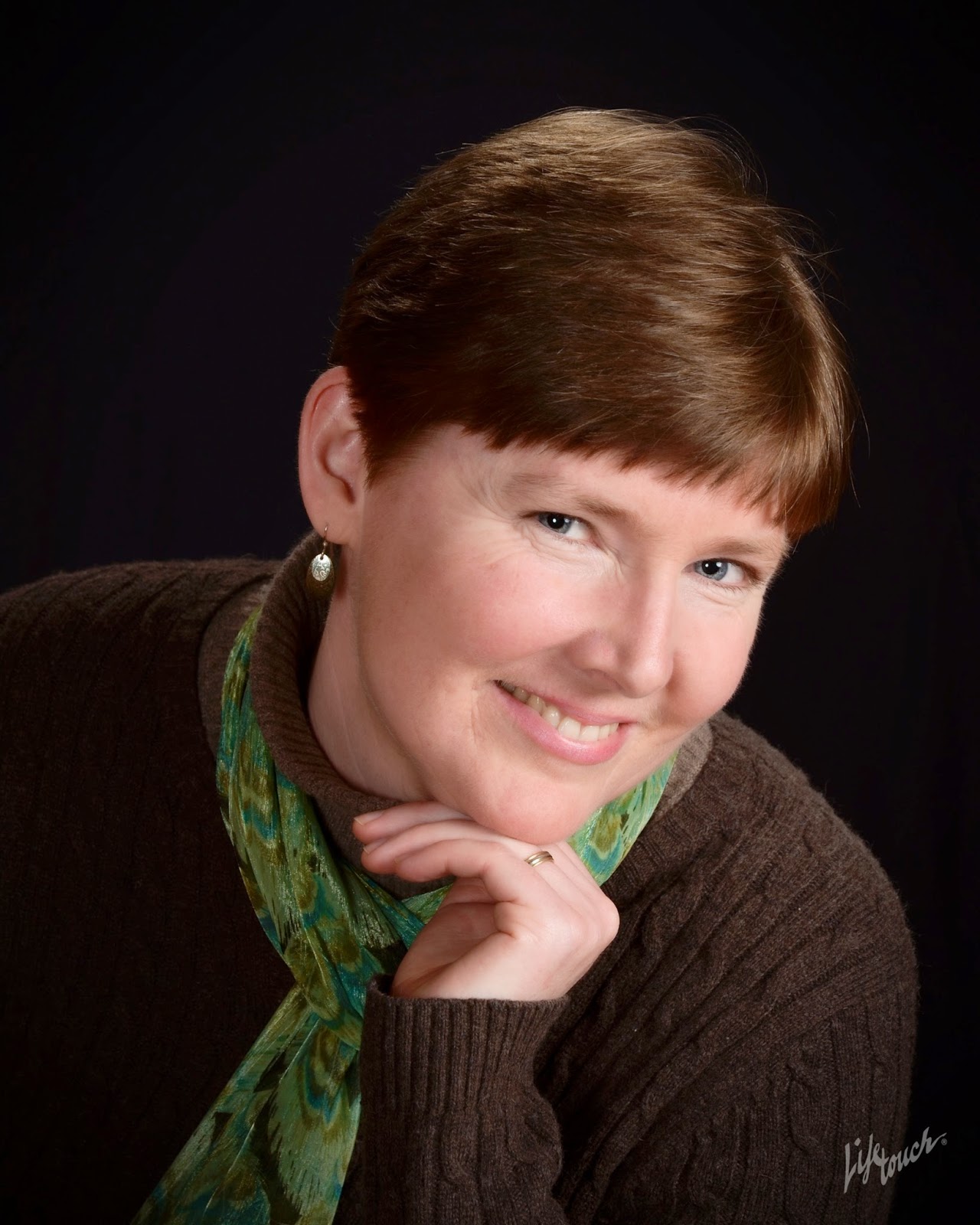 Since her childhood, growing up in New Zealand, Diana has been an avid storyteller. For years she enjoyed teaching art and special education, while continuing to write as a hobby. After she developed chronic fatigue syndrome, a career change was necessary, but happily this led her to become a professional author.

Diana’s books are mostly paranormal romance, in the fantasy and science fiction sub-genres. She has been a finalist for the CRW Award of Excellence and the Aspen Gold Published Novel Contest. At present, she lives in beautiful Washington State, where she writes for the Wild Rose Press.

Diana will be awarding a $10 Amazon or B/N GC to a randomly drawn winner via rafflecopter during the tour. Use the link below to enter. You can find her tour schedule at http://goddessfishpromotions.blogspot.com/2015/01/review-tour-dragon-wife-by-diana-green.html

Thanks so much for the thoughtful review. I always appreciate hearing reader feedback.

An outstanding review. I loved it and I loved the excerpt.

What’d be the author’s dream cast if the book were made into a movie?

I've always thought Richard Armitage would be fantastic for Huroth, as he's tall, regal in his bearing, with black hair, and piercing blue eyes. For Orwenna I think Kathryn Winnick would be good, though she'd have to darken her hair a little. She can play strong, no-nonsense women well.

Thanks again to Elaine, for hosting me on your blog.

Since you enjoyed Dragon Wife, would you like a free reviewer's copy of the sequel, Dragon Warrior?

I enjoyed reading that excellent review.