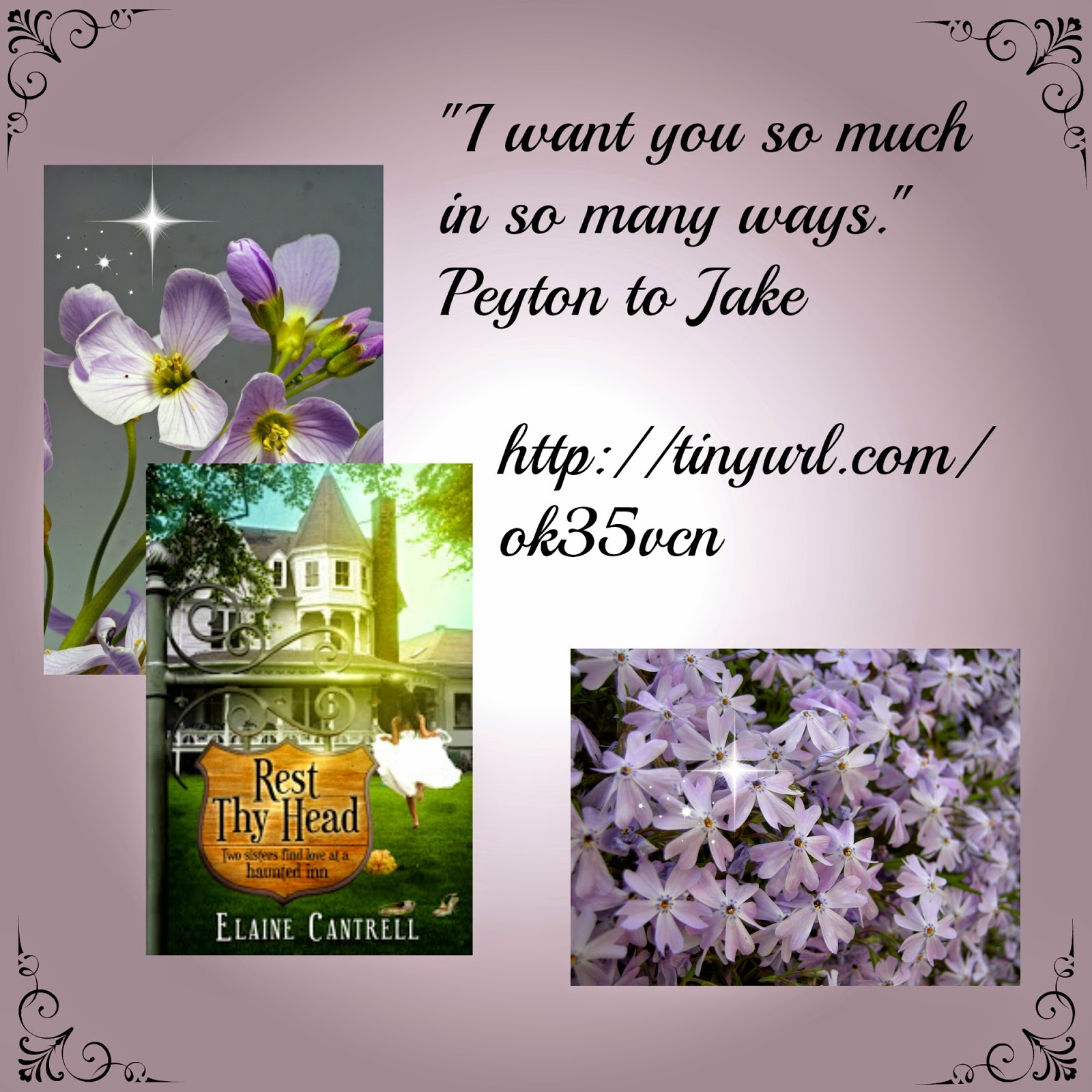 My sample is from Rest Thy Head. In this selection, my heroine Peyton went to town with my hero Jake.


She and Jake had started to load the truck when Peyton heard music. Looking around, she saw an ice cream truck making its way down the street. “I love ice cream. Come on, Jake, let’s get one.”

She grabbed his hand before she thought what she had done, but she had grabbed his scarred side. He jerked away from her as if she’d burned him and fished in his pocket. He handed her ten dollars and turned his back. “Get whatever you want.”

Oh, poor Jake. Peyton’s heart burned for him. She had a sudden urge to put her arms around him and whisper in his ear that he was okay now. Afghanistan was behind him, and he was home where he belonged, home where no one cared if he had scars or not.