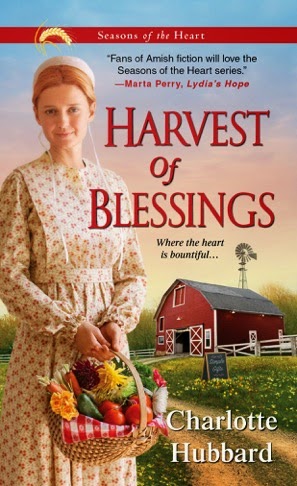 HARVEST OF BLESSINGS
by Charlotte Hubbard

The tranquil little town of Willow Ridge is facing a startling challenge. Wealthy Nora Glick Landwehr is determined to make it her home again—and put her past to rest. Cast out by her own family, Nora can’t reconcile with Old Amish ways or her strict father. But she’ll do anything to help her community embrace the future . . . and make amends to the daughter she had to give up. She certainly has no time for her reckless new neighbor Luke Hooley. They disagree about almost everything. And how can she trust him if he always seems to believe the worst about her? Somehow, though, his unexpected support and passionate heart are helping her find her own way in faith. And Nora will discover that even in the face of insidious lies and unyielding judgment, God creates unexpected chances for forgiveness—and love.

The moving van hadn’t yet arrived, so Nora pulled back onto the county highway where she’d begun her trip down memory lane. While everyone in town was at Annie Mae and Adam’s wedding, she had the perfect chance to revisit her childhood home. To prepare herself for the ordeal she would soon face.

She pulled into the lane and parked behind the house, somewhat surprised to see the surrounding pastureland planted in tall corn that shimmered in the breeze. Knowing it wouldn’t be locked, Nora slipped into the back door. The kitchen appeared smaller and shabbier than she recalled, as though it hadn’t seen fresh paint since she’d left. How odd to stand in this hub of the house and not detect even a whiff of breakfast.

Nora moved on before she lost her nerve. She felt like an intruder—and she wanted to be long gone before anyone came home from the wedding. She peeked into the small downstairs room where she and her mother had sewn the family’s clothes on an ancient treadle machine—

Nora gaped. On a twin bed lay a motionless female form, like a corpse laid out in a casket. Is this what Hiram had meant by implying her parents were barely alive? Did she dare approach, or would this woman pop up like a zombie from an old horror movie and leer at her with hollowed eyes and a toothless grin? Nora wanted to bolt, yet she felt compelled to look this woman—surely her mother—in the face. If Mamma was so far gone, why wasn’t someone sitting with her? Or was she merely napping, too tired to attend the wedding? The way Nora had it figured, her mother was in her early seventies now—several years younger than her dat. Why did she look so far gone?

Holding her breath, Nora slipped to the bedside. The room felt stuffy in the July heat, yet a faded quilt covered her mother’s shriveled form up to her chin. A kapp concealed all but the front of her white hair, so all Nora saw was a pallid face etched with wrinkles. The eyes were closed, and again Nora felt she was observing a stranger in a casket rather than looking at her own mother. Last time she’d been here, Mamma’s face had been contorted with indignation as disgust hardened her piercing hazel eyes—

And suddenly those eyes were focused on her.

Nora froze. Not a muscle moved in her mother’s face yet Mamma’s gaze didn’t waver—until her eyes widened with recognition. Or was it disbelief, or fear?

Nora didn’t stick around to figure that out. Hurrying from the airless room and through the kitchen, Nora burst through the back door. She couldn’t gulp air fast enough as she climbed into her car and sped down the lane. She felt as though she’d stared Death in the face and Death had stared right back.

How I Develop Plots and Characters

Developing plot and characters remains a mysterious process to me, even after I’ve sold more than forty books. EMMA BLOOMS AT LAST, and the entire Home at Cedar Creek/One Big Happy Family series, involved a new-to-me plotting process, however, because the editor who invited me to write it wanted to be in on the story/series development from the get-go. She and I spent some phone time brainstorming the overall concept of this series, and how Abby Lambright would anchor it in the first book, ABBY FINDS HER CALLNG, as well as discussing various story elements we thought belonged in an Amish series. We did a lot of planning while I wrote the series proposal, before she even offered me a contract, so we both knew what we were getting into—and we were both excited about the series premise and the continuing characters I had created.

I greatly respect her editorial expertise, and she respects my hands-on research, my professionalism, and my willingness to consider revisions and re-visioning as these books evolve. I had to develop some Amish humility as I took this project on, however, because while I was accustomed to having my editors tell me what my titles would be (rarely have my working titles made it onto the cover of a book) it’s been a new experience to work so closely with an editor. Once ABBY was written and then extensively REwritten, however, I was even more pleased with it than I was about the original version.

When we got to the third book, AMANDA WEDS A GOOD MAN, my editor suggested a “Brady bunch” concept about two widowed folks with kids combining their families. This meant I had to create a whole new family, and between them Amanda and Wyman had eight kids—throw in Amanda’s nephew Jerome and her mother-in-law from her first marriage, and you have enough characters that I nearly needed a score card to keep track of everyone. These folks, of course, interact with my already-established Cedar Creek characters, and because Jerome falls for Emma Graber at first glance, EMMA BLOOMS AT LAST brings the series around full-circle to its close. 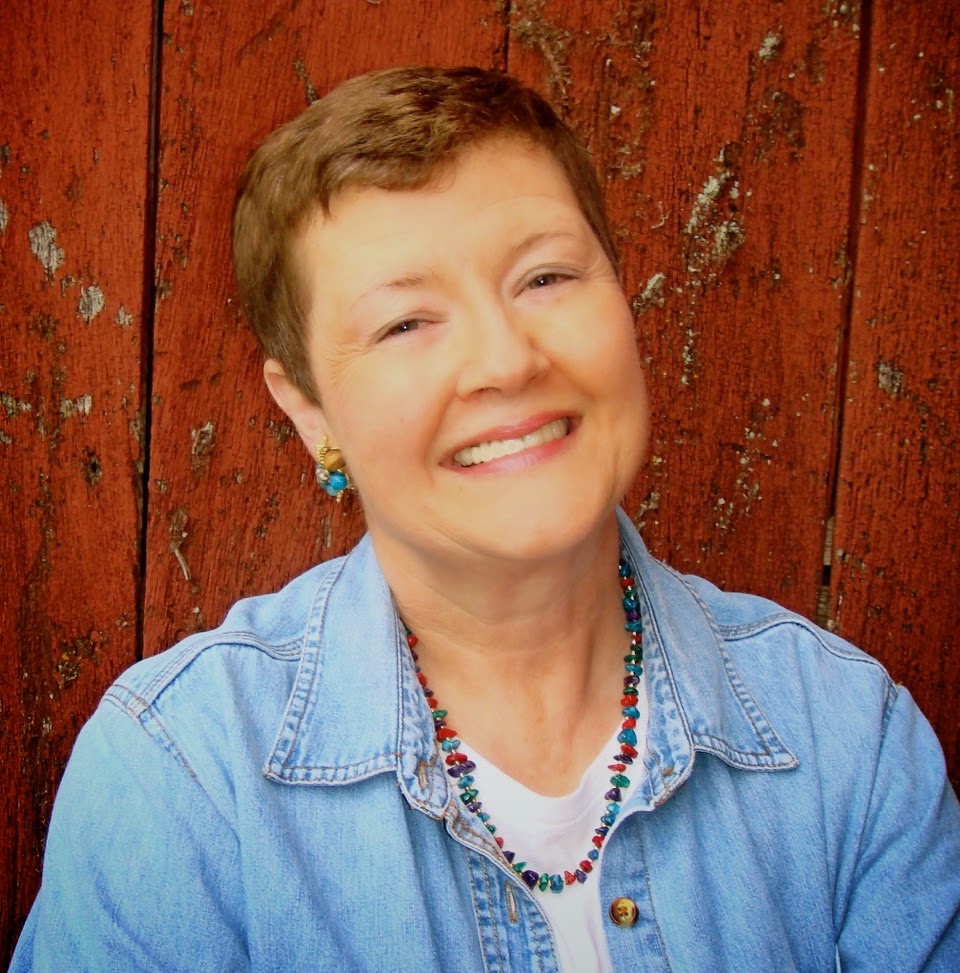 Drawing upon her experiences in Jamesport, the largest Old Order Amish community west of the Mississippi, longtime Missourian Charlotte Hubbard writes of simpler times and a faith-based lifestyle in her Seasons of the Heart series. Like her heroine, Miriam Lantz Hooley, Charlotte considers it her personal mission to feed people. Faith and family, farming and food preservation are hallmarks of her lifestyle. She’s a deacon, a dedicated church musician and choir member, and when she’s not writing, she loves to try new recipes, crochet, and sew. Charlotte now lives in Minnesota with her husband and their border collie.

The book is available at the following locations.


One randomly drawn commenter will receive a $50 Amazon/BN GC. Use the rafflecopter below to enter. You can find the author's schedule at http://goddessfishpromotions.blogspot.com/2015/01/virtual-book-tour-harvest-of-blessings.html

This sounds like a very touching story. I loved the excerpt.

Thanks so much for featuring my book on your site today!

Thanks for stopping by, MomJane and Mai T. Good luck with the drawing!

I enjoyed all of it but my favorite was finding out more about the author! Thank you for a great review and contest!

Thanks so much for spending some time with me today, Betty and Rita!

What an inviting cover.

Thanks, Diana! And Trix, it's good to see you here today!

I loved the excerpt of Charlotte's book. Love her stories, as they always touch my heart and bless me.

I loved the excerpt of Charlotte's book. Love her stories, as they always touch my heart and bless me.