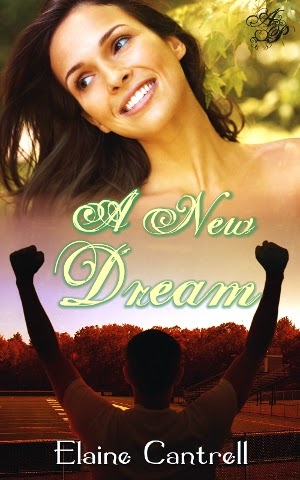 Have you ever had a big dream?  Did you dream come true?  Matt McCallum, the hero in my novel A New Dream, had a big dream.  He wanted to play for the NFL, and guess what?  His dream came true.  He had everything he’d ever wanted.  A dream career, plenty of money, the adoration of thousands of people, and he was engaged to Stacey Thomas, one of the hottest women anywhere.  And he lost it all one bright summer evening.  What happened to Matt?  Let’s listen to the interview that aired on Saturday to find out.

Henry: Good evening.  Welcome to Saturday Night Roundup where you’ll be the first to know what’s worth knowing in the sports world.  My name is Henry Ross, and this is my co-host Chris Alexander.  Chris, we have a sad story to report tonight.

Chris: We sure do, Henry, and I can’t think of anything I’ve hated more to announce.

Henry: Before we get to our feature story, I’d like to replay an interview we did just a few weeks ago with Matt McCallum, a kicker for the Green Bay Packers.

They turn in their chairs and watch the interview on a monitor behind them.

Chris: Henry, we got lucky.  Matt McCallum is in the studio to do an interview for us.

They stand up and shake hands as Matt enters the set.

Henry: Matt thanks for taking time to talk to us.  Did you always dream of playing pro-football?

Matt: Yeah, I did.  From the time I was a kid, all I thought about was football.

Chris: In other interviews you’ve commented on how much your father supported you.

Matt:  He did.  Dad saw every football game I ever played.

Chris: Did you pick the Packers, or did they pick you?

Matt: They picked me.  I was their first round draft pick, and I’m sure glad of it.  Coach McCarthy is great to play for.

Henry: Do you ever take off that Super Bowl ring?  If any sports fan in the country doesn’t know, Matt kicked the winning field goal in the Super Bowl to win the game for the Packers.

Chris: (points to a picture on a monitor) This picture was taken as the team left the field after their Super Bowl victory.  That’s a mighty pretty girl you’re hugging.

Matt: (laughs)  Yeah, that’s Stacey.  We got engaged a few weeks ago.

The monitor goes blank and both Henry and Chris shake their heads.

Henry: Football fans, last night Matt and his fiancée were in a car crash.  Stacey is fine, but Matt was hurt pretty bad.  His right leg was amputated right above his knee according to coach Mike McCarthy.  In a statement released this morning, McCarthy said, “We’re going to miss Matt.  He was a great athlete with a wonderful future in front of him.  Along with the team, I wish him the best.”

Chris: I’m sure Matt would appreciate all of your thoughts and prayers.  Cards can be sent to the Packers who’ll forward them to Matt.

A New Dream is available at http://www.astraeapress.com/#ecwid:category=677872&mode=product&product=2676585
or at http://www.amazon.com/s/ref=nb_sb_noss?url=search-alias%3Daps&field-keywords=+a+new+dream+by+elaine+cantrell&x=19&y=22
Posted by Elaine Cantrell at 11:30 PM

Thanks for sharing your book with us. Love the cover!

Thanks for stopping by.