This post is part of a virtual book tour organized by Goddess Fish Promotions. Beth will be awarding a $35 Amazon gift card to a randomly drawn winner via the rafflecopter at the end of this post.

1781. On opposite sides of the War of Independence, British Captain Jacob Vaughan and Claire Monroe find themselves thrust together by chance and expediency.

Captain Vaughan comes to a stately North Carolina manor to catch a spy. Instead, he finds himself in bedlam: the head of the household is an old man ravaged by madness, the one sane male of the family is the very man he is hunting, and the household is overseen by his beguiling sister Claire.

Torn between duty, love, and allegiances, yearning desperately for peace, will Captain Vaughan and Claire Monroe forge a peace of their own against the vagaries of war and the betrayal of false friends?

She fixed those wonderful eyes on him, more lethal than a backwoods rifleman. “Shall I lead the way, Captain?”

“Certainly.” He’d be tempted to follow her anywhere. A most unsettling thought.

Nothing about this fetching young lady struck Vaughan as calculating, but for the sake of her adored brother and sacred revolution he strongly suspected she’d try to deceive him. He’d hate to have to make her arrest. In fact, he should loathe it to his core. And he’d only just met her.

Why did she have such a potent effect on him, and why did it seem his fate to encounter beguiling females on the wrong side of this infernal conflict? If they weren’t Rebels to begin with, they inevitably adopted the cause.

Could he persuade Miss Monroe of her duty to the king, to him, and win her allegiance? Perhaps. She’d conducted herself splendidly thus far, and for such a prize he was willing to give his all. 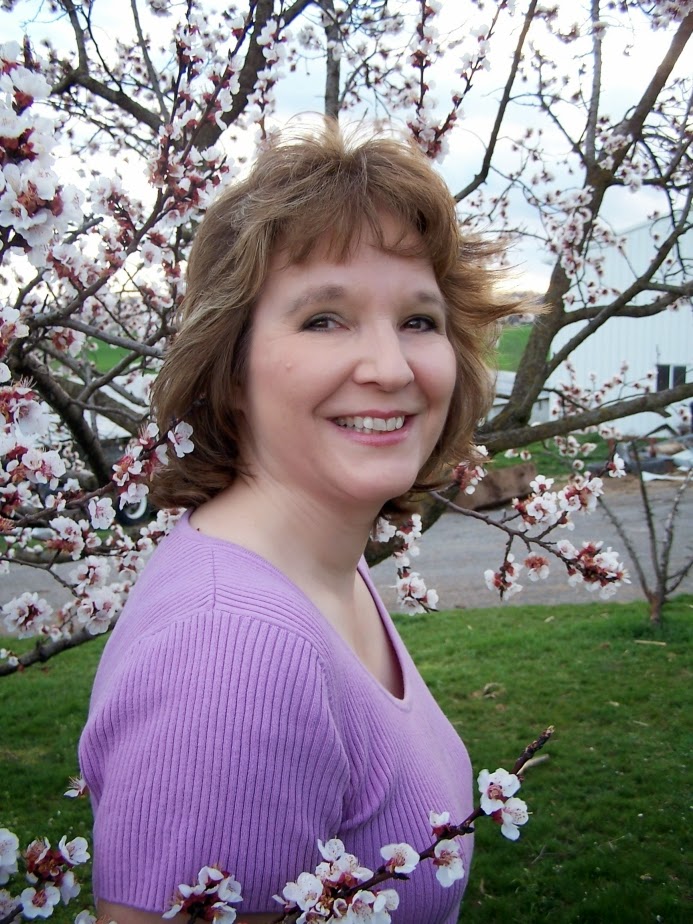 Married to my high school sweetheart, I live on a farm in the Shenandoah Valley of Virginia surrounded by my children, grandbabies, and assorted animals. An avid gardener, my love of herbs and heirloom plants figures into my work. The rich history of Virginia, the Native Americans and the people who journeyed here from far beyond her borders are at the heart of my inspiration. In addition to American settings, I also write historical and time travel romances set in the British Isles, and nonfiction about gardening, herbal lore, and country life.

Thanks so much for hosting me on your super blog. I love all the books.