Beyond the Book: The Enchanted 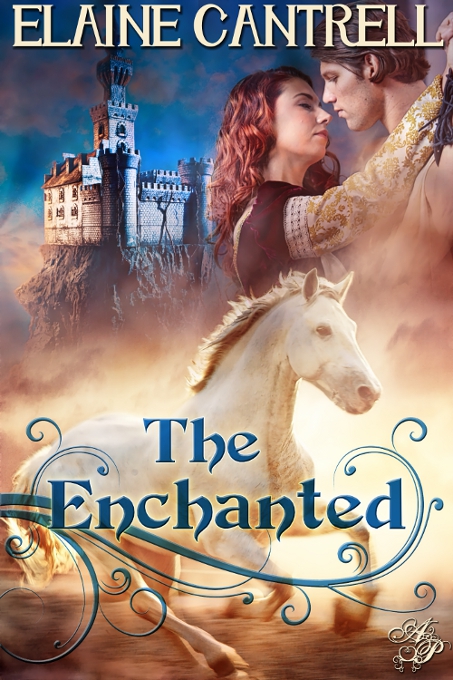 Greetings! It is I, Princess Morgane, heroine of Madame Cantrell's famous work The Enchanted. There is a grass roots movement in the kingdom regarding Prince Alan, my beloved. Since he saved the kingdom from the false princess, many of the people wish his name to be changed to Prince Sloan. I am not sure how I feel about this.


On the one hand, the name is quite appropriate. Sloan means warrior, and my dear one is certainly a warrior, but on the other hand, I know him as Prince Alan, and I do not think I could call him anything else. Perhaps you would like to read an excerpt from Madame's book. You will see that the people do make a good point.


From behind the ancient cupboard that concealed the secret passage, Alan heard cries of alarm and running feet. His men had begun the diversion. He waited one moment more until he was sure the kitchen was empty before gesturing to Faran and the others. "We must move the cupboard. It is heavy."
Grunting with exertion, the warriors shifted the cupboard enough for them to enter the deserted kitchen. The smell of baking bread and roasting meat filled the air, but he saw no sign of the kitchen personnel. Alan drew a deep breath. "Let us go. It is a long way to the king's chambers. Conceal your faces."

The men flipped the protective metal visors they wore down over their faces and left the room at a run. Chaos reigned in the hallways. Armed men scurried hither and yon in confusion. Clearly, they had not expected an attack.

Most of the guards dashed toward the battlements or courtyard, but some headed in the same direction as he and his men. Undoubtedly, they had been sent to guard the king.
They made it all the way to the king's chamber before their enemies discovered their ruse.

"You!" snarled the man in charge of the detail. He gestured toward Alan and his men. "Report to the courtyard at once! You are not supposed to be here."

Alan answered with a roar and a swing of his sword. The man closest to him went down. Blood sprayed everywhere as he fell at Alan's feet. Jumping over the fallen villain, Alan took the fight to another opponent. Even as the lust for blood consumed him, Alan wondered why his father had not come out of his chamber. He must hear the noise of battle. What has Aili done to him?

Faran dispatched the last of Aili's men. "We must hurry. Others will soon come."

Without a word, Alan tried the door. "It is locked!" He rammed his sword into the lock, but it held fast.

Alan drew back and smashed the lock with all his strength. It fell to the cold stone floor with a tremendous clatter. "Father! Are you there?"

He thought he heard a weak voice call out as he shoved the heavy oak door open. His breath left him with a gasp. By all the gods!

This sounds like such a wonderful book Elaine! Thanks for sharing!

You're welcome, Yolanda. It's one of my favorites.