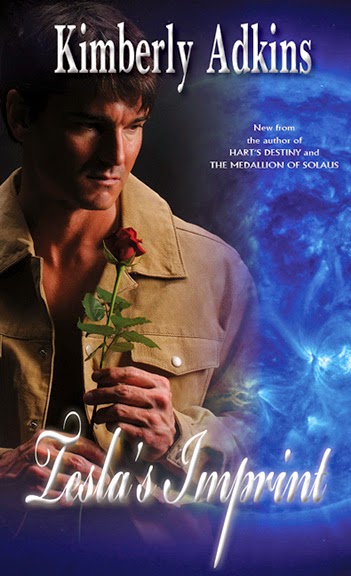 Some things just can’t be erased.

Simon’s visions of a little girl are the only memories he has. Like an imprint on his heart, the visions cling. Who is she? Who is he for that matter? Tracked and hunted across the world, and in possession of a device that sets him apart from time and space, danger follows him at each turn.

He never meant to drag Tess into his drama. But with one slow, seductive dance in a candlelit night­club, that’s exactly what he’s done.

Tesla’s own heritage is a mystery in itself. Born of wealth into a corporation with no paper trail, she’s called back to take the helm. But what’s the nature of the business she’s supposed to lead? And how does it connect her to Simon?

Simon leaned with his back against the door. The metal was searing hot through his layers of clothing, but he barely reacted to the burn. He understood the feeling that flooded through his being, the sense that the young woman from the nightclub was just on the other side of the frame. It was false, of course. Once the device opened the slice it automatically detached and became inactive. When the door closed she was a world away.

What am I thinking? He firmly banged his head against the solid door, tacky with hot paint. When he’d told her he made a promise, he couldn’t have been more serious – and more disturbed by his reaction to the encounter in the night club than he cared to admit to himself.

What could he possibly have to offer such a beautiful young woman after a dance like the one they shared? God, he didn’t even know who he was. The only thing he could even be sure about was that he was in danger, all the time.

He had to learn the truth about his past and why he knew the things he did without remembering them. Until then, the only thing he could be is a shadow on the edge of society. Everyone was safer that way.

He replayed the way she felt in his arms, how she stood on her toes to kiss his chin with her irresistible lips. She felt familiar to him in a way he hadn’t experienced for what seemed like a lifetime. It didn’t matter, though. He couldn’t let it matter. She was halfway across the world now, and all the better for it.

…besides, he had work to do. 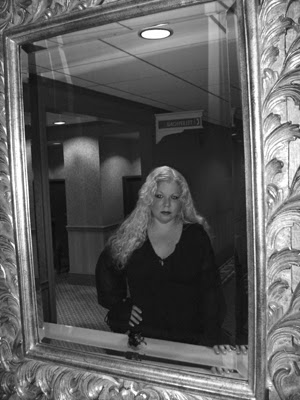 Kimberly Adkins is an author and artist who spends her spare time working on worm hole theories so she can go back in time and enter Star Gate’s ‘Get in the Gate’ sweepstakes as many times as it takes to win.

Says Kimberly of romance, “Fate lines up to reward the faithful who believe that love holds a power beyond our understanding and dreams have a chance to come true.”

Kimberly will be awarding a Kindle version of Tesla's Imprint to a randomly drawn winner via rafflecopter during this tour and the Book Blast tour, found at http://goddessfishpromotions.blogspot.com/2014/06/virtual-nbtm-book-tour-hathor-legacy.html

Good Morning! Thank you for having me at your blog today.

Thank you for sharing!
Kathy Watts

I'm glad to have you. Kathy, thanks for coming.